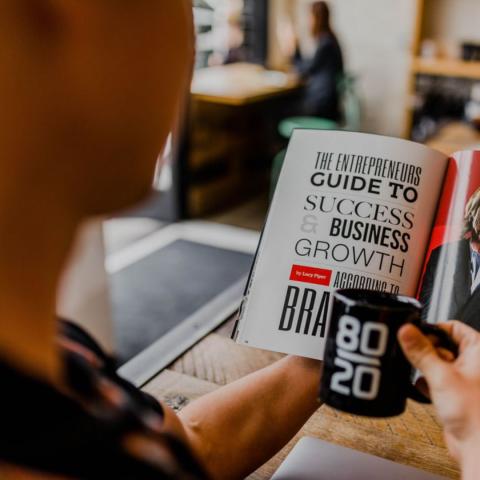 Entrepreneurs with Disability: Reframing Our View of Disability Employment

As the nation continues to grapple with the effects of the ongoing pandemic, intense pressures are transforming every aspect of society, including education, government, health care, business, and employment. For all Americans, the world of work is changing rapidly, requiring workers to consider all the options for staying in the labor force. Starting one’s own business is an option that gains traction during periods of recession, according to Kate Caldwell, PhD, clinical assistant professor in the Department of Disability & Human Development at the University of Illinois at Chicago.

Innovation is a necessity for people with disabilities, who are 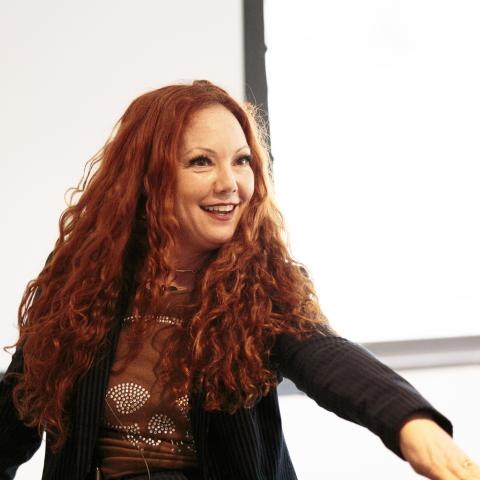 Shifting the Culture in Fashion: Creating Adaptive Clothing for People with Disabilities

In this episode of Kessler Foundation's podcast, Nicky Miller, spoke with Mindy Scheier about the fashion industry, inclusion, accessibility and adaptive clothing for people with disabilities.

Listen to the podcast, view transcripts for episode 1 & 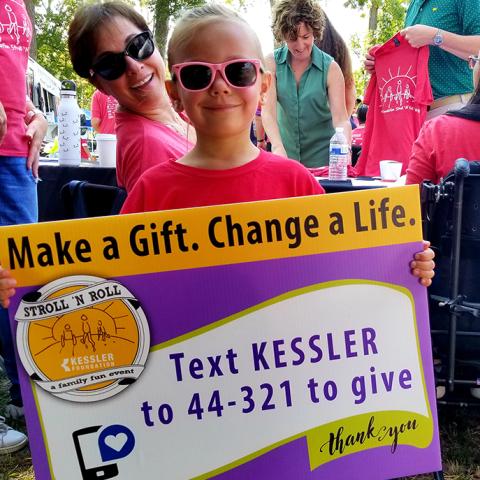 Kessler Foundation will host our first-ever virtual Stroll 'N Roll on Sunday, September 27. Even though we can’t be together physically, the strength of our community working together will change lives. And virtual Stroll ‘N Roll means anyone, anywhere can get involved from home!

With the support of our donors, Kessler Foundation drives positive change for people with disabilities. Generous donors like you fund groundbreaking rehabilitation and disability employment research and fund innovative initiatives to provide access to job opportunities.

You help Kessler Foundation researchers seek new ways to improve mobility and cognition for people with disabilities. Our researchers also investigate how disabilities affect employment and ways to optimize outcomes. And 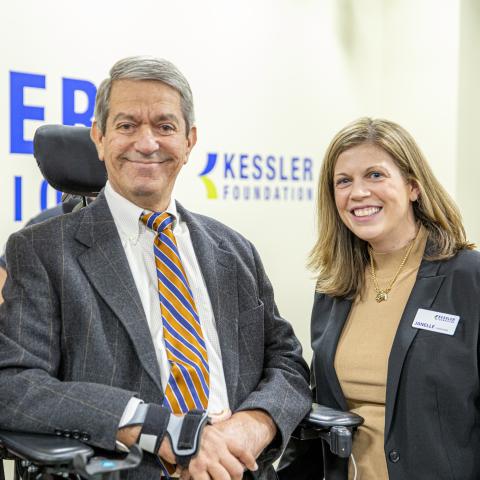 September is Spinal Cord Injury Awareness Month. You change lives with your generosity. When you support Kessler Foundation, you give the gift of independence to people with SCI like Peter, Chris, and Natalie, and for that we thank you.

Recovery from spinal cord injury, long considered impossible, is now on the horizon. The Tim and Caroline Reynolds Center for Spinal Stimulation is accelerating the pace of discoveries—Peter, Chris, and Natalie share how these discoveries are changing their lives. 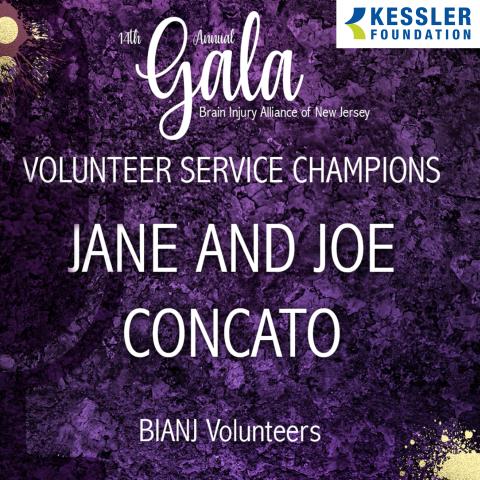 In this episode of Kessler Foundation's podcast Dr. Erica Weber, chatted with Jane and Joe Concato, to learn about their volunteer work and how they are helping the community. At this years's Brain Injury Alliance of New Jersey (BIANJ) Virtual Gala, the Concato's were recognized as Volunteer Service Champions to honor their service to the brain injury community in North Jersey.

Listen to the podcast, view the transcript and download this episode and others for free on In this episode of Kessler Foundation's podcast, Dr. Nancy Chiaravalloti, director of the Centers for Neuropsychology and Neuroscience Research and Traumatic Brain Injury Research, discusses her efforts in brain injury research.

Listen to the podcast, 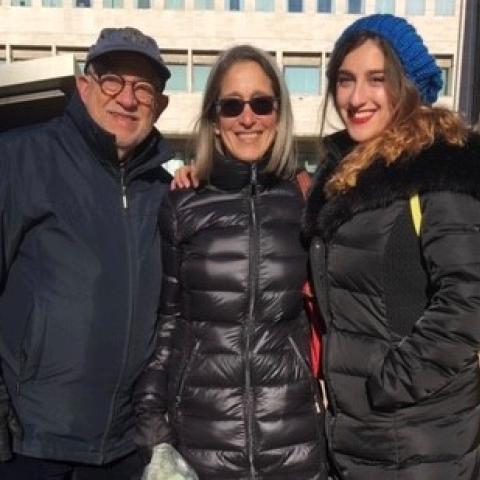 On July 3, 2011, Joan Enker’s life as a busy wife, mother, grandmother and caregiver to her aging parents changed in an instant. During a family trip to upstate New York, a young driver struck her husband Warren while he was on an errand to purchase additional folding chairs for his family to watch the holiday fireworks display. The trauma was compounded by the fact she had no idea what happened until he failed to return. After several desperate hours of searching, Joan learned Warren had been medevacked to a local facility, but because of the severity of his injuries and the increasing fog, he had been taken by ambulance to Westchester Medical Center 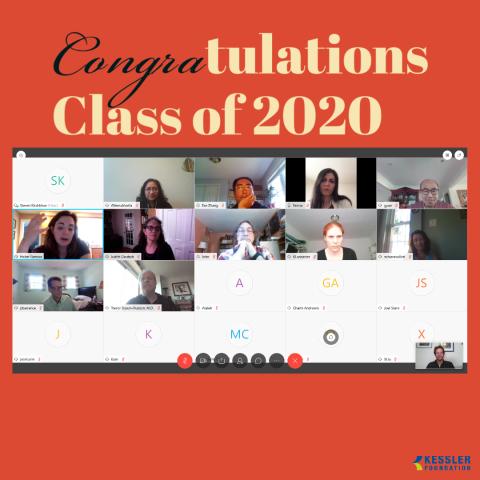 This year’s Department of Physical Medicine and Rehabilitation at Rutgers New Jersey Medical School graduation and award ceremony was held virtually, honoring several Kessler Foundation staff members for their work in rehabilitation research. The “Class of 2020 Graduation Celebration” was held in June and due to the COVID-19 pandemic, the program was moved online.

Diplomas were given to five Kessler postdoctoral fellows: 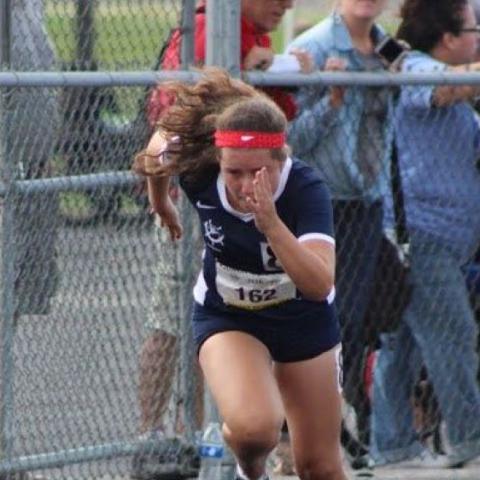 Obstacles are Made to be Conquered-Adaptive Sports Athlete Catarina Guimaraes

In this episode of Kessler Foundation's podcast, Catarina Guimaraes shares her inspiring story. Guimaraes is a 15-year old runner with Cerebral Palsy and a rising star of the North Jersey Navigators Track and Field Club.

Listen to the podcast, view the transcript and download this episode and others for free on Apple Podcasts, SoundCloud, 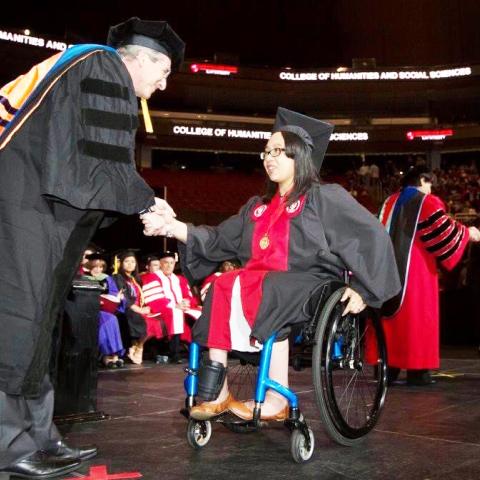 Voices of the ADA Generation: The College-to-Work Story of Victoria Queyquep

In conjunction with the launch of our newest survey, the 2020 Kessler Foundation National Employment and Disability Survey: Recent College Graduates, I chatted with Victoria Queyquep, Kessler’s donor engagement specialist on the Development team, and a member of the first generation to come of age after the Americans with Disabilities Act became law in 1990. We talked about her education, her aspirations, and her career path, and I asked her to reflect on her journey as a person with a disability seeking work after college.

Our survey dispelled many long held myths about people with disabilities and higher education. Young people and their families were often told that college would be a waste of time, they would be unable to 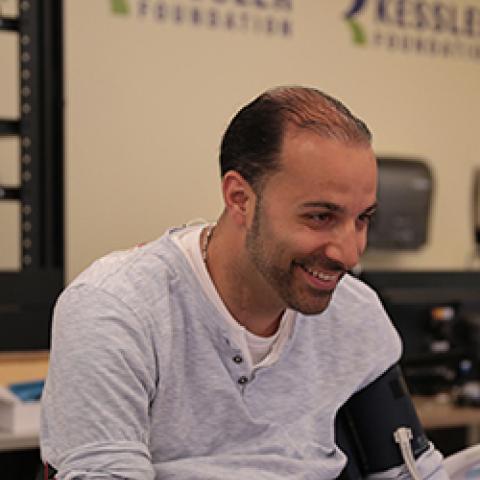 Your Support Fuels Jimmy's Competitive Drive and Gives Him Hope

Happy Father's Day! Your generosity makes all the difference for fathers like Jimmy Brown, who live with spinal cord injury. You advance groundbreaking rehabilitation research to help Jimmy and others overcome their disabilities and live fuller, more engaged lives with their families.

Sustaining a spinal cord injury in 2004 at age 24 didn’t change athlete Jimmy Brown’s competitive personality. Jimmy approaches his post-injury rehabilitation with the same drive he exhibited on the playing field as a pitcher for St. Peter’s University—a Division I school.

“My ability to play competitive sports may have disappeared,” says Jimmy, “but my competitive drive remains. Over the years, I’ve joined many Kessler Foundation research studies, always pushing Listen to the podcast or read the transcript. Download this episode and others for free on 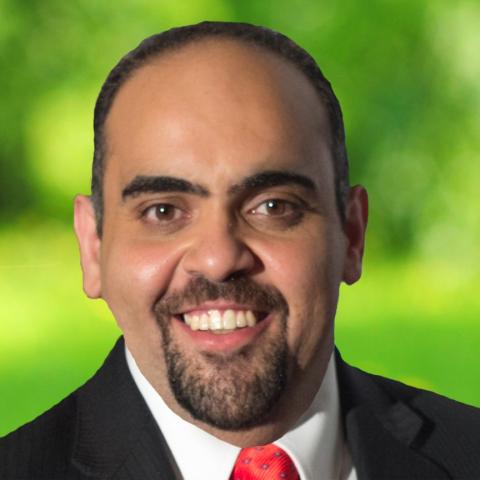 Transition from military service to the civilian sector presents challenges for veterans, especially for those with disabilities. With recent shocks to the economy caused by the spread of COVID-19, these challenges are magnified. Among the organizations dedicated to helping veterans is the Newark-based GI Go Fund, a nonprofit that assists veterans with finding employment, accessing housing, and claiming their educational and medical benefits.

Employment initiatives, implemented with community partnerships, are a major focus of the GI Go Fund, according to CEO and co-founder Jack Fanous. One initiative, Disabled Veterans to Work, enabled veterans with disabilities to work from home, providing customer 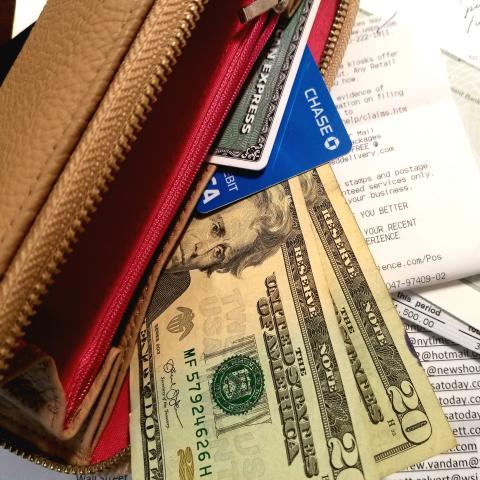 The COVID Economy: Challenges and Opportunities for People with Disabilities

Both people with and without disabilities are being negatively impacted by the COVID-19 pandemic in terms of both absence from work and layoffs. At this point in time, the effects seem to be proportionately similar for both groups, with greater numbers of people being absent from work and laid off than during the Great Recession of 2008-2009.

The implications are profound for organizations that provide direct services for people with disabilities, such as state vocational rehabilitation agencies, community-based employment programs, and independent living services. These service providers are adapting to the situation, assisting clients with acute needs for 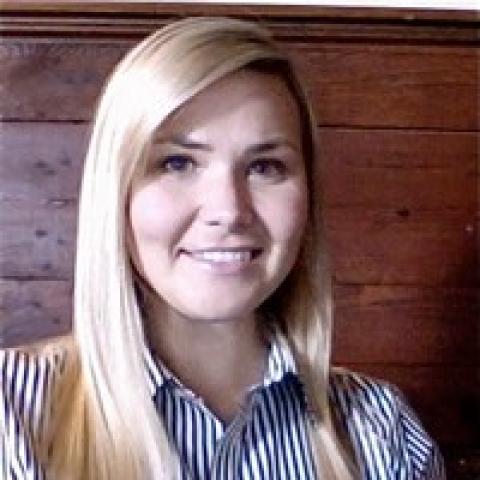 Transitioning from the Criminal Justice System in the COVID Economy: the FAIR project

Finding a job and maintaining employment are challenges for everyone today, and people with disabilities who are striving to work face mounting challenges to reaching their goal of financial independence. Individuals with disabilities who are re-entering the community from jail or prison have even greater needs for comprehensive services and supports. The pandemic has promoted early release of inmates to reduce exposure in crowded facilities, increasing the need for vocational support for this population.

In Louisiana, which has the highest incarceration rate in the nation, efforts were already underway to improve employment outcomes and financial security of formerly incarcerated individuals with disabilities, with an ultimate goal of