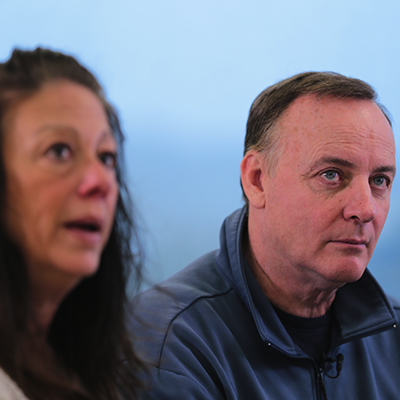 Assisting a family member who is a stroke survivor is a complicated task. The caregiver is a key member of the team. Arm yourself with as much information as possible. Know that you are not alone. The explanations, tips, and resources below will get you started.

Tell Us Your Story

Below is a list of the facilities participating in the Practice-based Rehabilitation Network. Known as Practice-RRuN, this is a nationwide network where stroke survivors with spatial neglect can receive an evidence-based treatment -- prism adaptation treatment -- leveraging a visuomotor phenomenon to improve spatial neglect. It involves repeated arm movements to visual targets while wearing goggles fitted with prism lenses. Facilities participating in the Practice-RRuN project implement prism adaptation treatment using the Kessler Foundation Prism Adaptation Treatment (KF-PAT®) protocols and equipment. Volunteers are the Heart of Research

Provide your information below and someone from our recruitment team will contact you about research opportunities. Learn more.