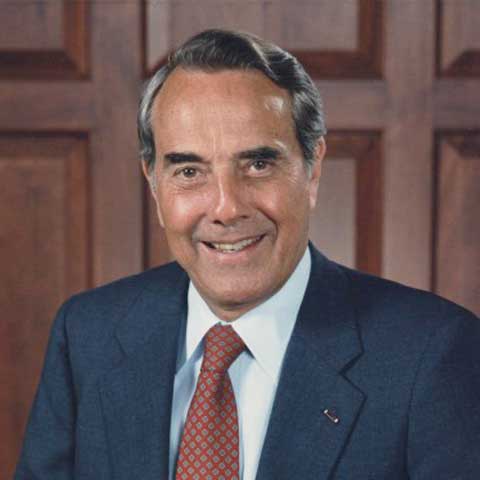 From his earliest speech to the Senate in 1969 until decades after the Americans with Disabilities Act (ADA) was signed into law in 1990, Bob Dole effected tremendous change on behalf of the lives of people with disabilities. As an injured World War II veteran who lost the use of his right arm and the feeling in his left, Senator Dole described the effect of his war injury in an interview with ABILITY Magazine: “Having a disability changes your whole life, not just your attitude."

Senator Dole’s endeavors in this arena have changed the lives of millions of people with disabilities in the way they are now able to work, attend school, use public and private transportation, vote, buy goods and services and access public places.

“Senator Dole, along with other congressional leaders such as the late Senator Ted Kennedy and Senator Tom Harkin, played a key role in passing the historic ADA, which was signed by then President George H. W. Bush,” says Kessler Foundation President and CEO Rodger DeRose. He added, “The ADA brought full civil rights and fair opportunity to all citizens in the U.S., including individuals with disabilities. Senator Dole's work has led us to a United States that is better, fairer, and helped to make us a stronger country because of his leadership.”

The ADA became the world's first comprehensive declaration of equality for people with disabilities, decreeing “that persons with disabilities ought to be judged on the basis of their abilities; they should not be judged nor discriminated against based on unfounded fear, prejudice, ignorance or mythologies.” In a 2000 interview with C-Span, Senator Dole remembered the ADA as one of his proudest achievements.

In its final form, the act provided an entrée to nondiscrimination for people with disabilities, mandating reasonable accommodations – such as making structural changes to allow wheelchairs – in the workplace and in public, employment, hospitals, hotels, restaurants, and other entities.

In addition, Senator Dole established The Dole Foundation for Employment of People with Disabilities, a non-profit organization that ran from 1984 to 1998. This foundation offered companies and individuals with disabilities grants to help people become active, contributing members of society. Most of the grants funded programs that provided job training, placement, and employment.

Throughout his career, Senator Dole advocated for people with disabilities. To that end, we are thankful for all he has done for our community and send our deepest sympathy to his immediate family and to every individual in the disability community who has benefited from his legacy. We mourn his loss along with the rest of America.