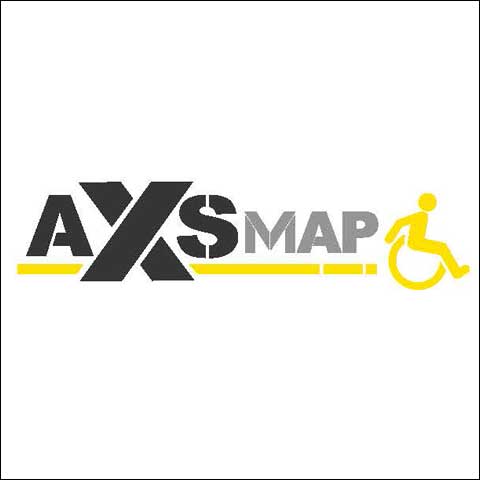 Rate and Review Accessibility to Local Businesses with AXS Map

Do you want to visit a new store, but aren’t sure how accessible it will be? Or perhaps you are planning to meet a friend for dinner in an untried restaurant, but are concerned about the amount of noise or lighting you’ll encounter? AXS Map may be able to provide the information you need.

AXS Map is a crowd-sourced tool for sharing reviews on the wheelchair accessibility of businesses, buildings, and other places. The tool gets better as more people input their reviews. AXS Map has won several awards including the da Vinci Award from the National Multiple Sclerosis Society and a charitable grant from Google.

AXS Map uses a basic ranking system in reviewing a location. Here are some examples of the criteria AXS Map provides for its ratings:

If your neighborhood establishments aren’t reviewed on AXS Map, you can create a group to conduct a “Mapathon.” Using the AXS Map mobile app, groups of people can compete in different teams to review and rate businesses and buildings in their communities. You can either start your own Mapathon or join an upcoming one in your area. Since 2012, there have been AXS Mapathons in over 300 cities!

The success of AXS comes from its users rating and reviewing businesses and buildings all over the world. Currently, AXS Map lists over 12,000 registered users with maps in over 100 countries.

AXS MAP was developed by AXS Lab a nonprofit organization which engages individuals and organizations that strive for inclusion and accessibility through media, technology, and stories. It was founded by Jason DaSilva, a writer, director, producer, and disability rights activist. His Emmy award-winning film, When I Walk, follows his seven-year journey with multiple sclerosis.