nTIDE 2014 Year-end Report: 2014 has Optimistic End for Workers with Disabilities 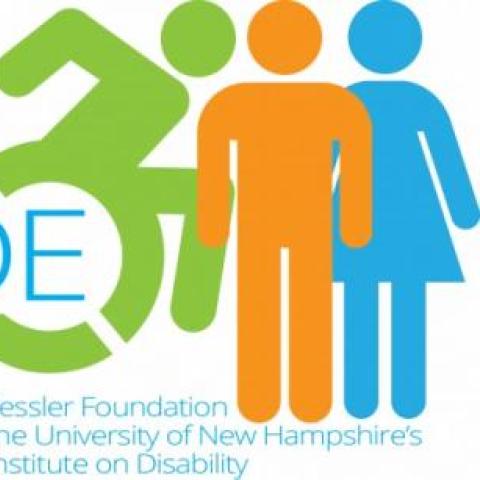 WEST ORANGE, NJ – Although 2014 was a tough year overall for jobseekers with disabilities, the last three months show considerable improvement in employment rates, fueling optimistic expectations for 2015. These findings are detailed in this special year-in-review edition of the National Trends in Disability Employment (nTIDE). Released monthly in conjunction with the Bureau of Labor Statistics report, nTIDE is a collaborative effort of Kessler Foundation and the University of New Hampshire Institute on Disability (UNH-IOD) that compares the employment of Americans with disabilities with their peers without disabilities.

For people with disabilities, the average monthly labor force participation rate—the percentage of people who are working or actively looking for work—dropped to 30.2 percent, down from 31.4 percent in 2013, continuing a downward trend that began in 2010.  Among people without disabilities, the average labor force participation rate remained constant at 76.2 percent in 2013 and 2014, a halt in the decline that started in 2010.

“These annual numbers are consistent with an overall downward trend in the employment outlook for people with disabilities, raising concern that people with disabilities were not participating in the recovery from the Great Recession,” said Andrew Houtenville, Ph.D., Associate Professor of Economics at UNH-IOD. At the end of 2014, however, these two key indicators turned positive for jobseekers with disabilities. October’s employment-to-population ratio was higher than in October 2013.  This positive news continued into November and December. In addition, December 2014 saw the first rise in the labor force participation rate since December 2013.

“The latter part of 2014 was strikingly positive and we are eager to see whether the good news continues in 2015,” said John O’Neill, Ph.D., Director of Employment and Disability Research at Kessler Foundation. “Initiatives from nonprofits and corporations are underway to boost the training, hiring and retention of talented individuals with disabilities.”

Ongoing efforts in the federal, public and private sectors are expanding job opportunities for people with disabilities on a large scale. Highlights of 2014 and previews of 2015 include:

“Supporting initiatives that lead to large numbers of hires is essential to enabling more people with disabilities to earn a paycheck and contribute to the economy,” said Elaine E. Katz, Senior Vice President of Grants and Communications. “Programs that develop the job skills of young people with disabilities and work with employers to aid in accommodations are essential to supporting the transition from school to careers. By starting interventions early, we will be fixing the problem before it even begins.”

“We know that millions of individuals with disabilities want to work and have the ability to succeed,” said Rodger DeRose, president and chief executive officer of Kessler Foundation. “They just need the opportunity. This survey will guide government leaders and the disability field in developing strategies to create these necessary opportunities. When more Americans of all abilities are working, the economy will flourish.”

The next nTIDE Report will be released on February 6, 2015.

NOTE:  The statistics in the National Trends in Disability Employment are based on Bureau of Labor Statistics numbers, but are NOT identical. They are customized by the University of New Hampshire to efficiently combine the statistics for men and women of working age (16 to 64).

nTIDE is funded, in part, by grants from the National Institute on Disability and Rehabilitation Research (H133B130015 & H133B120005) and Kessler Foundation.

About the Institute on Disability at the University of New Hampshire
The Institute on Disability (IOD) at the University of New Hampshire (UNH) was established in 1987 to provide a coherent university-based focus for the improvement of knowledge, policies, and practices related to the lives of persons with disabilities and their families. For information on the NIDRR-funded Employment Policy and Measurement Rehabilitation Research and Training Center, visit http://www.researchondisability.org/.