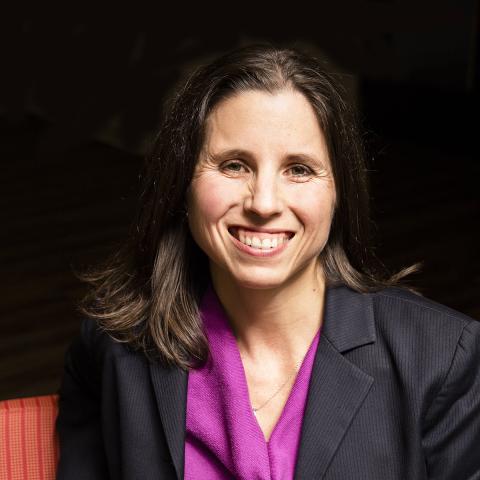 A team of researchers piloted a Spanish version of an evidence-based English-language cognitive intervention developed at Kessler Foundation, signaling an important step toward culturally appropriate care for Spanish speakers with multiple sclerosis

East Hanover, NJ. February 19, 2020. A team of researchers reported preliminary findings for efficacy of the Spanish version of the modified Story Memory Technique, a cognitive intervention developed at Kessler Foundation (KF-mSMT™). Their study, conducted in Mexicans with multiple sclerosis, is an important step toward addressing the void in evidence-based rehabilitative interventions for treating the cognitive effects of multiple sclerosis across diverse cultural populations. The article, "Efficacy of the Spanish modified Story Memory Technique in Mexicans with multiple sclerosis: A pilot randomized controlled trial," (doi: 10.3233/NRE-192808) was epublished on November 28, 2019 by NeuroRehabilitation.

In this pilot study, 20 participants with multiple sclerosis, relapsing-remitting type, were randomized to either treatment (n = 10) or placebo control (n = 10) groups. The treatment group received the Spanish adaptation of the KF-mSMT, a 10-session intervention that teaches imagery and context to facilitate learning. The control group participated in 10 sessions based on similar content and presentation. All participants underwent baseline and follow-up neuropsychological assessments. Individuals in the treatment group showed significant improvements in learning and life satisfaction relative to the control group, suggesting that that this adaptation of the KF-mSMT may be an effective rehabilitative tool in Spanish-speaking populations with MS, according to Dr. Krch, senior research scientist in the Center for Traumatic Brain Injury Research.

“This is an example of how cultural adaptation can be an effective way to extend evidence-based interventions to non-English speaking populations,” said Dr. Krch. “The positive outcomes seen in this pilot study of urban-based Mexicans have important implications,” she noted. “While further testing is needed, we anticipate that this adaptation of the modified Story Memory Technique will be applicable to the diverse Spanish-speaking population in the U.S., in addition to those with Mexican heritage.”

Kessler Foundation researchers have documented the efficacy of this tool in the U.S. for English-speaking populations with traumatic brain injury as well as multiple sclerosis. “Based on our prior research,” noted Dr. Krch, “the modified Story Memory Technique may also prove useful in the rehabilitation of Spanish-speakers with cognitive deficits caused by traumatic brain injury.”

The KF-mSMT is available from Kessler Foundation in English and Spanish for use by rehabilitation professionals. Contact the Foundation by email at mSMT@kesslerfoundation.org

About MS Research at Kessler Foundation

For more information, or to interview an expert,
Contact: Carolann Murphy, 973.324.8382, CMurphy@KesslerFoundation.org