nTIDE May 2015 Jobs Report: Americans with Disabilities Continue to Enter the Workforce 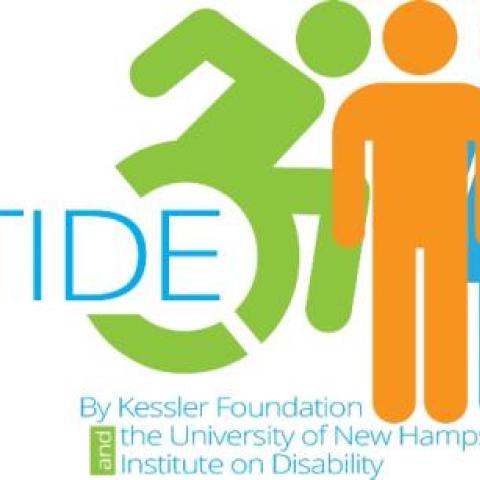 WEST ORANGE, N.J. – June 5, 2015. The economy continues to grow as more Americans with and without disabilities enter the workforce, according to today's National Trends in Disability Employment – Monthly Update (nTIDE), issued by Kessler Foundation and University of New Hampshire’s Institute on Disability (UNH-IOD). A recent survey shows that people with disabilities are striving to enter the workforce and seeking more hours.

“Growth in employment for both people with and without disabilities has been pretty positive over the past few months, although moreso for people with disabilities, which is the first time I have ever seen this occur in a sustained fashion,” said Andrew J. Houtenville, Ph.D., associate professor of economics and research director at UNH-IOD.

The 2015 Kessler Foundation National Employment and Disability Survey, the first nationally representative survey to examine the workplace experiences of people with disabilities, was released on June 3. The survey was commissioned by Kessler Foundation and conducted by the University of New Hampshire. The survey of 3,013 adults showed that 68 percent of Americans with disabilities are striving to work, including those who are working, preparing for employment, looking for jobs, seeking more hour, and overcoming barriers to employment. Those with jobs work an average of 35.5 hours per week, with 60.7 percent working more than 40 hours per week. A substantial number of those surveyed reported overcoming barriers. The top three barriers to finding work were lack of education or training, the employers’ assumption that they couldn’t do the job and lack of transportation. In the workplace, the top three barriers were getting less pay than others in similar jobs, negative attitudes of supervisors and negative attitudes of coworkers. To view the full results, visit https://kesslerfoundation.org/kfsurvey15.

“The Kessler Foundation Employment Survey proves that Americans with disabilities want to work and are ready and able to enter the workforce,” said Rodger DeRose, president and chief executive officer of Kessler Foundation. “The survey is also the first to reveal successful strategies that these individuals used to obtain and maintain employment. We expect that policymakers and leaders in the disability field will find the survey useful in developing programs that expand employment opportunities for people with disabilities.” In June 2015, among workers ages 16-64, the 4,406,000 workers with disabilities represented 3.1 percent of the total 140,804,000 workers in the U.S.