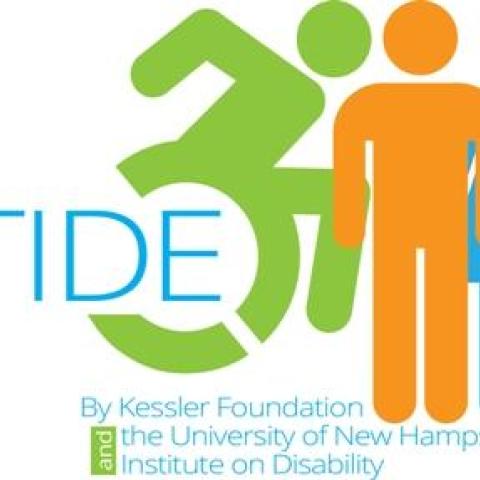 WEST ORANGE, N.J. – August 7, 2015. More Americans with disabilities continue to find jobs, while employment holds steady for the general population, according to today's National Trends in Disability Employment – Monthly Update (nTIDE), issued by Kessler Foundation and University of New Hampshire’s Institute on Disability (UNH-IOD). The transition from school to work, however, remains challenging for young people with disabilities. College to career programs are helping to overcome this barrier by preparing students for the workplace and facilitating the matching of students with disabilities with employers.

“The improvement in the employment situation for people with disabilities continues to outstrip improvements made by people without disabilities,” according to John O’Neill, Ph.D., director of employment and disability research at Kessler Foundation. “This trend has been seen for the last 10 months and is exceptionally good news because it occurred in July, the month that we celebrated the twenty-fifth anniversary of the Americans Disabilities Act (ADA).”

“Employment-wise, this year is turning out to be a very good year for people with disabilities,” said Andrew J. Houtenville, Ph.D., associate professor of economics and research director at UNH-IOD. “They are overcoming losses that occurred in 2014.  The employment trend for people with disabilities was relatively flat from 2011 to 2013.  We are eager to see if the trend in the coming months shoots past the 2011 to 2013 levels.”

Social Security data indicate that half of college graduates with disabilities are unemployed within 5 years of graduation. In California, Bridging the Gap from College to Careers (C2C) program is changing those odds for students with disabilities at San Diego State, California State University and the University of California Berkeley. The C2C program comprises a Professional Development and Disability course, mentoring, internships, job placement services and a C2C LinkedIn Alumni Group. The program, which is supported by Kessler Foundation, reports a 67 percent placement rate at an annual average salary of $62,000.

“Talented students are taking advantage of the comprehensive services offered by the C2C Program and transitioning from college to careers,” said Elaine E. Katz, MS, CCC-SLP, senior vice president of grants and communications at Kessler Foundation. “This program helps people with disabilities overcome the negative attitudes of employers and compete successfully in the workplace.” The C2C transition model is under consideration for replication at colleges in Florida, New Jersey and Wisconsin, and has garnered the attention of organizations in England, Japan and Germany.