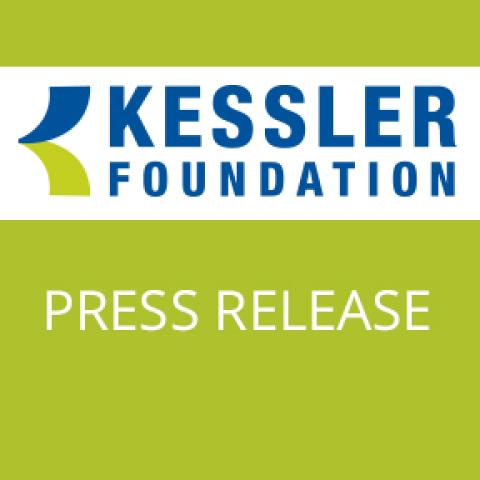 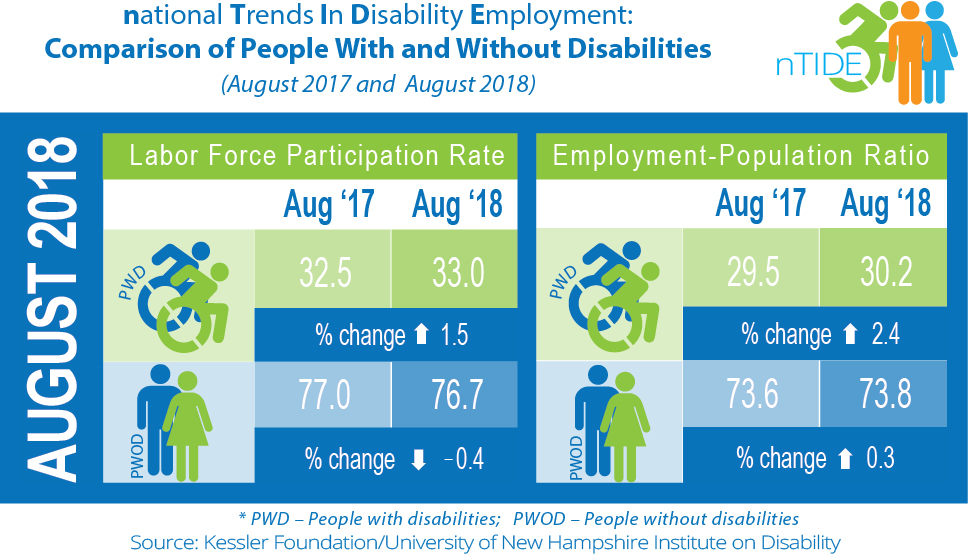 East Hanover, NJ – September 7, 2018 – The employment of Americans with disabilities returned to a positive trend after two down months, according to today’s National Trends in Disability Employment – Monthly Update (nTIDE), issued by Kessler Foundation and the University of New Hampshire’s Institute on Disability (UNH-IOD). This reversal may reestablish the extended upward trend in their job numbers that began in early 2016.

For jobseekers with disabilities, transitioning to competitive employment often raises concerns about the potential loss of essential healthcare benefits. Federal and state agencies support programs that help people with disabilities who choose work to maintain their eligibility for Medicaid coverage as their income level rises.

“The August data reverses the recent but brief downturn we saw in June and July’s economic indicators,” according to John O’Neill, PhD, director of employment and disability research at Kessler Foundation. “This upturn may reestablish the positive trend that Americans with disabilities experienced between February 2016 and May 2018, when we saw steady improvement in the employment situation for people with disabilities,” he noted.  “We know that the majority of people with disabilities are striving to work, and that the demand for workers is high, so a continuation of this upward trend is not surprising.”

“It is interesting to see the labor force participation and employment rebound after two down months.  With the economy in full employment, those last two months were unexpected,” saidAndrew Houtenville, PhD, associate professor of economics at UNH and research director of the Institute on Disability. “We will be watching the next few months closely.”

“Having to choose between work and health care seems unfathomable,” said Dr. O’Neill, “but it’s a choice that’s often faced by jobseekers with disabilities.” To address this issue, the Centers for Medicare & Medicaid Services offers the Medicaid Buy-In program. This optional state Medicaid benefit group offers a path to health coverage for workers whose increased earnings put them at risk for ineligibility. “Not all employer health plans cover the services needed by workers with disabilities,” noted Dr. O’Neill. “Medicaid Buy-in offers ways to maintain coverage for supports that enable people to live and work independently, such as personal assistance.”

Medicaid Buy-in programs are offered in 45 states, and over 200,000 individuals with disabilities have taken advantage of this option. Information about eligibility for Medicaid options is available through state Work Incentive Planning and Assistance (WIPA) programs, and Ticket to Work. These programs help individuals who are striving to work understand how work and benefits interact, and provide employment referrals and work incentives counseling.

MaryBeth Musumeci, J.D., associate director of the Program on Medicaid and the Uninsured at the Kaiser Family Foundation, joins Dr. Houtenville, Dr. O’Neill, and Denise Rozell, policy strategist at AUCD, to Medicaid work requirements as they relate to people with disabilities.  Join live, or watch the recordings at: www.ResearchonDisability.org/nTIDE.