“What we've been focused on at Kessler [Foundation] is how can we demonstrate to American corporations that hiring people with disabilities adds to their bottom line, potentially adds to their market share, and helps individuals feel like they are contributing to see society again,” said DeRose.

Kessler Foundation has distributed more than $28 million in funding to organizations that create or expand employment opportunities for people with disabilities nationwide.

DeRose was joined by Gregory Wasson, the CEO of Walgreens. “People with disabilities are a vastly underutilized workforce,” he said. “They want to work. They absolutely can be qualified to work in a variety of positions in our supply chain and distribution centers and retail stores and really have a deep down desire to do the best job they can. This was not charity for us. This is about making sure we have the same standards for people with disabilities and typically abled people. And the entire work environment has improved.”

In the Walgreens distribution centers that made a concerted effort to hire people with disabilities, productivity, dedication, and safety ratings increased while absenteeism and turnover decreased. 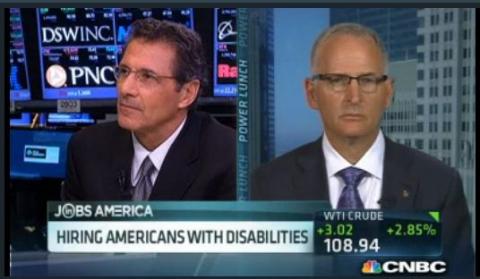