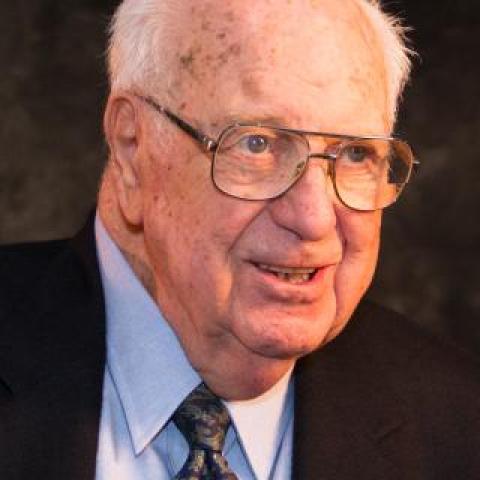 Son of Dr. Henry H. Kessler, founder of Kessler Institute for Rehabilitation, passes away at age 93.

Jerome “Jerry” S. Kessler’s life was shaped by his belief that “all men, regardless of their handicap, are created equal.” Kessler combined his love of medicine with his expertise in engineering to create solutions for individuals with missing limbs due to amputation or congenital anomalies.  His pioneering work in prosthetics and orthotics was based ‘not just on bolts and nuts, but on an understanding of what is going to be most useful to make that patient independent.” His leaderships contributed to the professional standards for the education of modern practitioners of prosthetics and orthotics.

Jerome Kessler, CPO-E, passed away on October 20, 2017, in Reston, VA,  after a brief illness, according to his son, Richard Kessler. Kessler was born in Newark, NJ, on July 14, 1924. He attended the Newark College of Engineering from 1943 to 1945, when he was drafted into the U.S. Army, where he served in the Medical Corps, and later, in the U.S. Army Reserves.  He was inspired to pursue training in the nascent field of prosthetics and orthotics by his father, Dr. Henry H. Kessler, the founder of Kessler Institute for Rehabilitation in West Orange, NJ. “We shared a holistic view of rehabilitation,” said Kessler, “and an understanding that with a team approach, we could help individuals achieve their optimal goals for independence.”  Kessler recognized the value that physical activity and social interaction can bring to rehabilitation and community reintegration, and encouraged participation in adaptive sports, including wheelchair square dancing and wheelchair basketball.

Kessler pursued multiple avenues to gain the skills he needed to provide patients with the best possible devices. During his military service, he spent six months at the U.S. Naval Hospital at Mare Island in California, where he learned to treat the catastrophic injuries of war. He studied at the graduate schools of New York University and Northwestern University, and traveled to numerous European centers that were then in the forefront of post-war rehabilitative care and research.  At the Queen Mary Hospital in Roehampton, England, he met his wife, Dorie Robinson, a patient at the hospital. The couple married in 1952. Kessler credited his wife with furthering his understanding of the needs of amputees.

In 1953, Kessler and three colleagues established Kessler Associates in Newark, NJ.  In a converted carriage house, they fitted patients for custom prosthetic and orthotic devices for upper and lower limbs. At Kessler Institute, Jerry worked closely with his father to expand the opportunities for people with disabilities to live productive lives. He saw international cooperation as essential to sharing knowledge of new developments in prosthetic design for the benefit of people in all nations.  During his travels in Europe, he became aware of large numbers of children born with missing and deformed limbs, later determined to be birth defects caused by maternal thalidomide use. He was instrumental in bringing 50 children with severe disabilities to the U.S. for comprehensive rehabilitation at Kessler Institute.

In 1990, Kessler relocated to Vermont, where he was affiliated with the Rutland Regional Medical Center’s Rehabilitation Department.

The family is privately mourning their loss. Memorial contributions may be sent to Kessler Foundation in East Hanover, New Jersey.