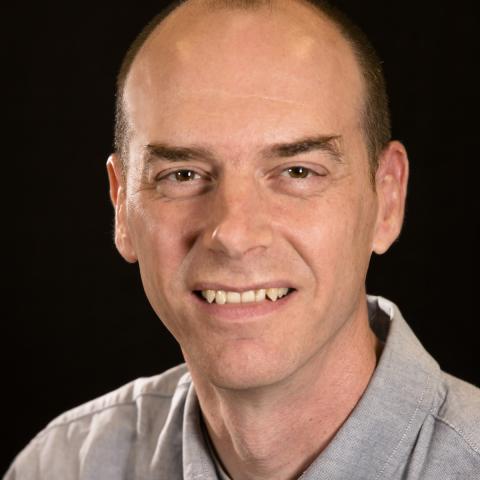 In this episode of Kessler Foundation's podcast, we are talking with Dr. Glenn Wylie. Director of the Rocco Ortenzio Neuroimaging Center at Kessler Foundation. He's also an associate professor at Rutgers New Jersey Medical School. He spoke with Rob Gerth, the Foundation's communications director.

Below is an excerpt from the conversation.

Rob Gerth: Tell me about the difference between fMRI and MRI?

Glenn Wylie: So the MRI that you get in the hospital it's anatomy typically. And that's done by looking at the density of water in your tissues. The fMRI looks instead at blood flow and looks at where the blood is going in your brain. And when you use a region in your brain to do some task, then the neurons there deplete their resources and they need an influx of blood in order to have those resources refreshed. And so by tracking where the blood goes, we can track where neural activity is happening.

RG: What does the effects of cognitive intervention mean?

GW: That is essentially looking at brain activation before and after a cognitive intervention or really any kind of intervention. Which is a lot of what we do here at Kessler. Because we develop interventions to help people in various ways. For example, to help people encode memories better if they have multiple sclerosis or TBI. And we can know that they work because you can ask people whether they can remember the information better. And you can test that and you can see that it works. But if you want to know how it works, if you want to know the mechanism, then you need to do something more. You need to do something like neuroimaging where you can look at the brain and the activation pattern in the brain before they got the intervention and compare that to after they got the intervention and see what's changed and what brain areas are responsible for the change in that behavior that you see.

RG: Explain the different types of fatigue you study?

GW: We study two different types of fatigue. We study mental fatigue and physical fatigue. And so physical fatigue is a fatigue you feel after you work out or after you've won a marathon. And mental fatigue is the kind of fatigue you might feel after you do your taxes. Right? And for most of us, we do exactly what you do. We rest. We go, we do some other activity and after a while, we're refreshed and we're ready to go again. But for individuals who've had brain injury or disease, that's not the case. They have that fatigue, so the mental fatigue, and they rest, and they get up to go again and it's still there. Maybe it's a little bit less in the morning than in the evening, but it's there all the time. And so that's what we're studying. We're studying what you might call pathological fatigue where there's fatigue that does not go away.

RG: Tell us what Gulf War illness is and why it's something that you're studying.

GW: So in the early 90s, we sent soldiers over to the Persian Gulf to fight Saddam Hussein. And about 25% of them, later on, complained of a constellation of symptoms that got called Gulf War illness. That included cognitive complaints, fatigue, and widespread pain. Symptoms that were sort of similar to fibromyalgia but not identical. They were sort of similar to the chronic fatigue syndrome but not identical. And 25% of your soldiers start complaining of something, you're going to look at it. And the military did. But they weren't able to find anything that was the common factor. That was the smoking gun so to speak. Because one soldier would report having Gulf War illness and the guy who was standing next to him the whole time when he was deployed was fine.

So there was no single cause that seemed to explain why some soldiers got Gulf War illness and others didn't. Which makes it very difficult to study. It still makes it difficult to study. What we wanted to know was what does the fatigue look like in this population? What does the brain activation associated with the fatigue in this population look like? And we found that that fatigue is associated with areas having to do with cognitive control in their brain. And so it's like they have to exert more control sort of all the time to get through the day. Which suggested there is something that their brains have to work harder for some reason. And I don't know what that reason is. But it also validates their experience. Because if I say to you that I'm fatigued, you might take my word for it or you might doubt me. I mean, you can't see my fatigue.