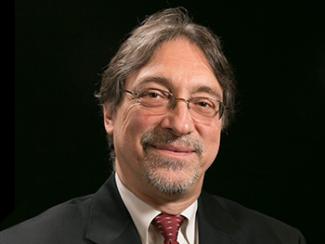 John DeLuca, Ph.D. is the Senior Vice President for Research and Training at Kessler Foundation, a Professor in the Departments of Physical Medicine & Rehabilitation (PM&R), and the Department of Neurology at Rutgers New Jersey Medical School, and a licensed psychologist in the States of New Jersey and New York. He is board certified in Rehabilitation Psychology by the American Board of Professional Psychology.

Dr. DeLuca has been involved in neuropsychology and rehabilitation research for over 30 years. He is internationally known for his research on disorders of memory and information processing in a variety of clinical populations including: multiple sclerosis, traumatic brain injury, aneurysmal subarachnoid hemorrhage, and Chronic Fatigue Syndrome. Dr. DeLuca has published over 325 articles, books and book chapters in these areas, has edited 6 books in neuropsychology, neuroimaging and rehabilitation, and is a co-editor for the “Encyclopedia of Clinical Neuropsychology.” He has received over 35 million dollars in grant support for his research.  Dr. DeLuca's most recent research ventures include the cerebral mapping of human cognitive processes using functional neuroimaging, as well as the development of research-based techniques to improve cognitive impairment. He serves on the editorial boards of many journals and has received numerous awards in recognition of his work including the Benton mid-career award from the International Neuropsychological Society and the Rodger G. Barker Distinguished Research Contribution Award, from Division 22 (Rehabilitation Psychology) of the American Psychological Association.

He serves as a member and chair for the PhD Postdoctoral Fellowship Committee in the Department of PM&R at Rutgers New Jersey Medical School (formerly, UMDNJ-NJMS) and directs the post-doctoral fellowship program in Neuropsychology for the Department. Dr. DeLuca serves on numerous committees for both national and international societies associated with Neuropsychology.

He is currently studying disorders of memory and information processing in a variety of clinical populations including: multiple sclerosis, aneurysmal subarachnoid hemorrhage, chronic fatigue syndrome, and traumatic brain injury.

View a more comprehensive listing of publications for Dr. Deluca on ResearchGate.